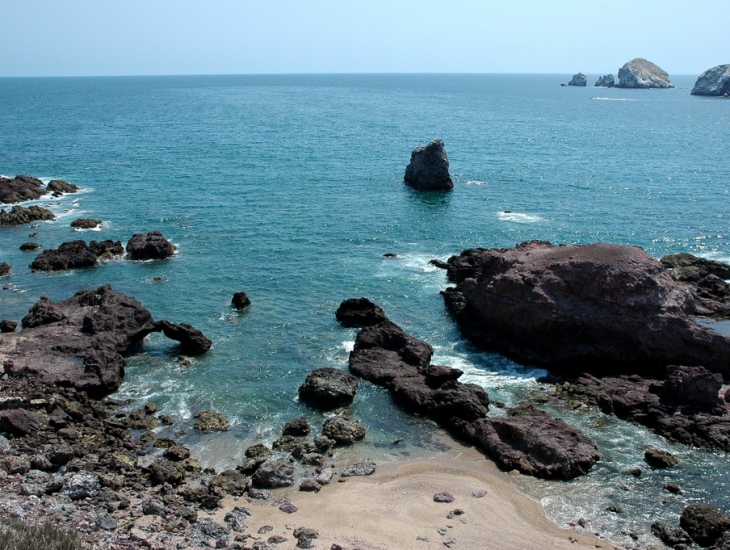 Solomon Islands is considered the most beautiful pearl of the Pacific Ocean. Located 5000 km from the coast, the islands are a unique chain of 347 islets.

In the central part of the Solomon Islands, there are places of remarkable beauty: the islands of Anuha, Savo and Florida. The shores of the island of Anuha represent a quiet beach strip covered with white corals. The same can be seen on the island of Florida. You can also visit the headquarters of the former British colonial administration. For experienced divers, Savo Island is of undoubted interest. It has almost no tourist infrastructure, but diving in the area, where there are ​​sunken warships of the Second World War, can turn into a real adventure.

The eastern region of the country is of great interest for avid travelers, who are fond of the exotic. First, some islands of the eastern part of the state are artificial. They were created by local people by filling the coastal waters with rubble from coral. Over 10 thousand inhabitants of the Solomon Islands live on such artificial islands. Secondly, in this part of the country the cult of shark worship is widespread. According to ancient Melanesian beliefs, ancestral souls invade the bodies of sharks.

The western part of the Solomon Islands is the most developed part of the country in terms of tourism and recreation infrastructure. Some of the picturesque coral beaches of the western islands are included in the UNESCO World Heritage List. 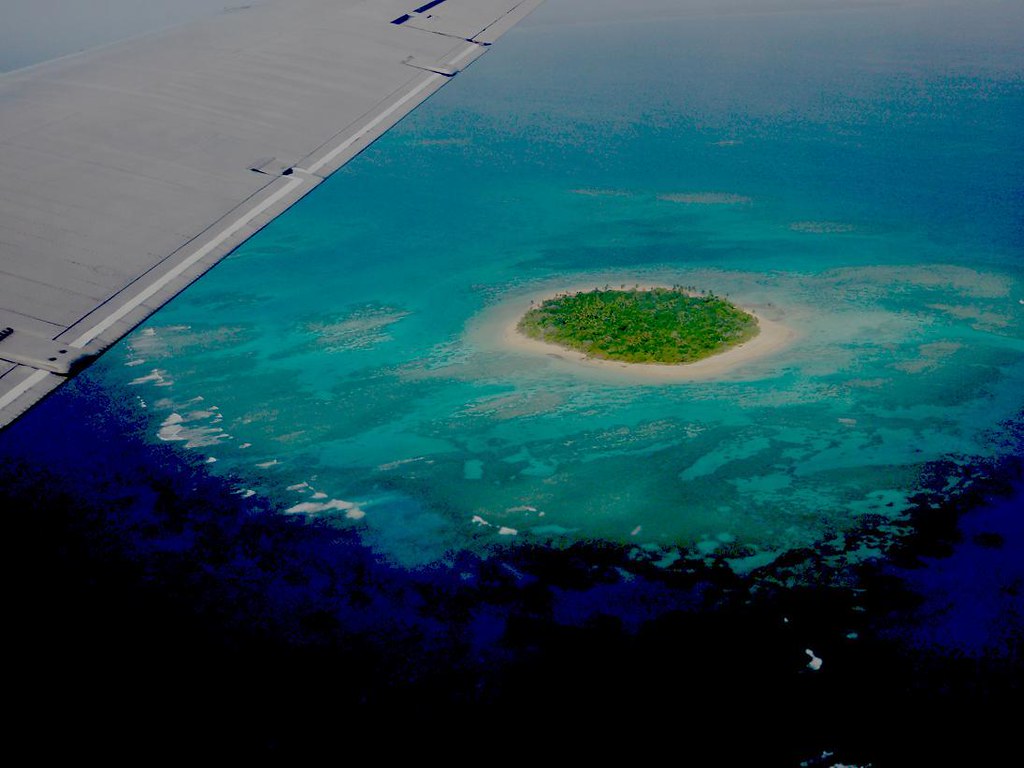 The word “Tonga” in translation from many languages ​​and dialects of Polynesia means “south.” In the South Pacific, there is a small island nation of the Kingdom of Tonga. It consists of 172 islands of volcanic and coral origin, of which only 36 are inhabited.

From time to time volcanic eruptions occur on the islands. Over the past 200 years, their number has reached 35 cases. Most of the islands are surrounded by coral reefs inhabited by hundreds of species of various inhabitants of the deep sea (fishes, shellfishes and sea turtles). During the period of courtship and breeding, humpback whales swim to the coastal waters of Tonga.

Delightful white beaches of Tonga, stretching for many kilometers, attract the main stream of foreign tourists to the country. Almost all the beaches are bordered by coconut groves, in the shade of which you can hide from the scorching sun in the daytime.

The second item in the ranking of entertainment there is diving, because around the islands there is one of the most beautiful coral reefs in the world, in the labyrinths and caves of which you can meet many small colorful exotic fish, as well as sea turtles, skates, tuna and even whale sharks. From June to November, the local waters are filled with sounds made by hundreds of humpback whales, sailing into the warm waters of Polynesia for courtship and breeding. Tonga is the only place in the world where it is allowed to swim with the whales, but it is necessary to remember that scuba diving is prohibited there. Numerous ancient wrecks that crashed on the reefs are perfectly visible through the thick waters. The volcanic origin of the islands allows you to see the magnificent underwater tunnels, ancient lava tubes and massive rocks that had once hit the bottom of the ocean. Local diving centers offer programs designed for a variety of participants: from beginners to experienced divers, who have dozens of dives in all parts of the world.

The island of Guam is the largest and most southern island of the Mariana Islands archipelago, located in the western part of the Pacific Ocean 1,440 km from the equator and in close proximity to the deepest point of the world – the Mariana Trench. The island of Guam originated from two peaks of ancient volcanoes that went under the water and interconnected millions of years ago. Guam shares geography, climate, history, culture and traditions with the rest of the islands of the Mariana Archipelago.

Guam attracts tourists with its tropical beaches and waterfalls, as well as historical monuments and museums. Rock paintings and stones-columns, on which ancient buildings and houses were built, make it possible to look at the life of the ancient inhabitants of Chamorro. Spanish ruins and monuments of the Second World War will also remind you of the distant and recent past. Dive fans will enjoy scuba diving or snorkeling, discover coral reefs and underwater treasures of sunken ships. Here you can go in for windsurfing, fishing, parasailing, golf or just swimming.

Guam is a shopper’s paradise. The island has many luxury boutiques and duty-free shops. There is no shortage of high-end stores offering you a choice of leather goods, clothing, jewelry, accessories, cosmetics and perfumes. The status of the island as a duty-free zone means that branded goods and other items are cheaper here than in the countries, where they were manufactured. 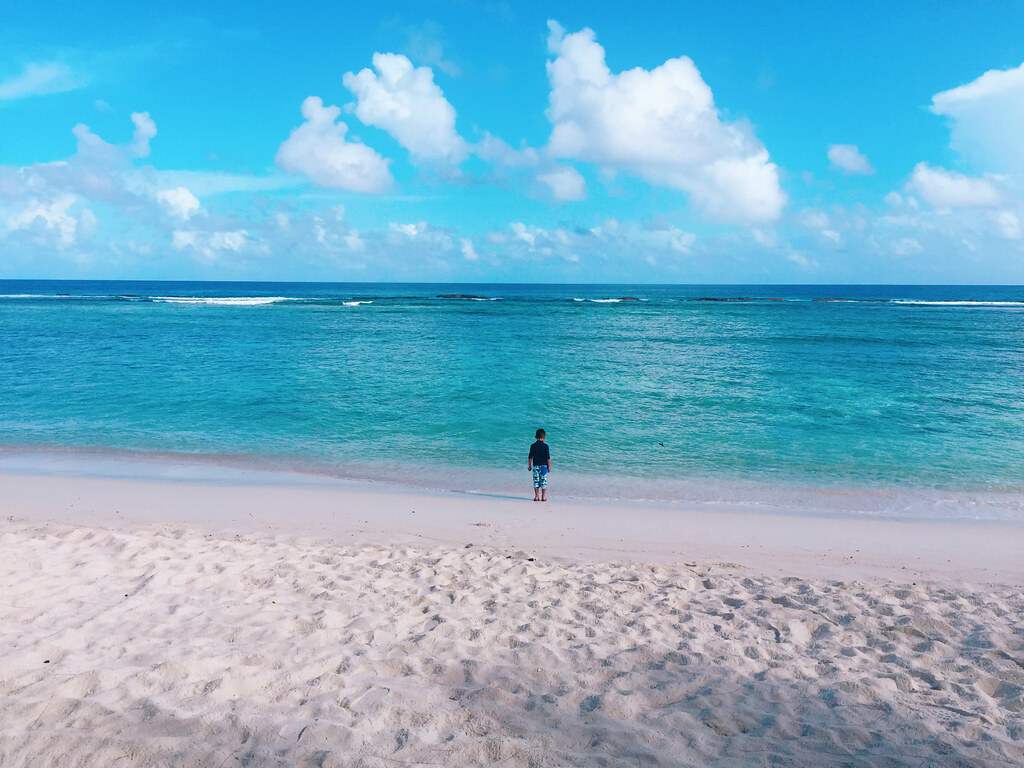 The climate of the islands

Oceania is located in three climatic zones. The part of the ocean between Tuamotu and South America is called the Pacific Ocean. The tropical islands of the Northern and Southern Hemispheres are in regions of the Pacific Ocean with weak winds.

In the western part of Oceania, the climate of equatorial monsoons dominates with frequent and unpredictable hurricanes, where the circulation processes are greatly influenced by the land mass of Eurasia and Australia. In western Oceania, originate tropical cyclones, accompanied by hurricane force winds and destructive downpours. Sharp temperature fluctuations are observed only in the mountains (New Guinea, New Zealand). In general, the climate of Oceania is marine with significant amounts of precipitation throughout the year. The maximum is recorded in the mountains of the Hawaiian Islands.

Most of the islands and archipelagoes of the Pacific Ocean were formed during the process of volcanic activity. In terms of the number and total area of ​​islands, the Pacific Ocean occupies the first place among the oceans. According to various estimates, the number of islands in the Pacific Ocean is from 10 to 20 thousand. Your holiday at this part of the world will definitely be unforgettable and unusual.